What's on your mind?

Why is this discussion dead

I, as LiteNing, want an affiliation with T-Games Legacy and/or Trixel. Please message me on PSN (I'm bobobzilla2) if you wanna talk about it.

This is the place to talk about your favorite topic, to share news, theories, ideas, and to connect with others. The content from your Forum has been converted to Discussions posts, so nothing has been lost.

To learn more about what you can do here, check out community.wikia.com/wiki/Help:Discussions

If you're an admin on this community, read more about how you can customize your Discussions and set up guidelines for contributors: community.wikia.com/wiki/Help:Admin_and_Moderator_Tools_in_Discussions

Not much to say as the title already states what I mean,lol.

You'll notice the bottom of the wiki has a "footer retired" notice.

It links here. That page introduces some new gaming footers.

So, since not only is this one of those wiki upgrade things (and Ik you guys love those), but the current footer doesn't even work, so I think we should switch

Okay, so if you're unaware, all consoles in LBP have a jingle at this point, (except for things like developers kits) and if they don't, they need one.

Anyways, recently I was reading up on the Dolphin emulator and how they're actively trying to fix compatibility with a certain piece of microcode called the "Zelda µcode".

Their biggest hurdle left is the Main Menu for the GameCube, and the moment I saw that in the list with the rest on the blog post, it just brought me back. I had a GameCube as a kid, and I've never really took interest in what made the GameCube so great even back in 2001. So, I grabbed the latest version of the emulator, stole a BIOS, and loaded a random game up in the emulator, and disabled skipping that BIOS.

I died of nostalgia.

The sounds during the menu brought me back to the days back in 2005 or so when my sister and I would turn on the console before putting a game in. And that menu popped up every time. Those sounds were captivating.

I learned that when the menu was sped up 16 times, it was playing the theme of the Famicom Disk System. So I thought about making a new console (Not Skyton's) theme, but make the background music of the menu based on the Medius' theme. But since all I do is make beats, and not auras of ambiance, this'll be difficult to pull off taking that into consideration.

Not because we need to bring back the Medius all of the sudden, but because I liked the Medius' theme, and I wanted to do something to honor my innovation of breaking through my not-spectacular logic skills. That's all.

Whether or not to convert the Infobox VG template is up for debate here but doing so might seem to be a lengthy process considering the fact that it switches from MediaWiki to XML.

I think T-Games should have a Discord server. It's the best of Teamspeak and Skype put together, and a hell of a lot better than the Live! Chat we got going on in the Wiki and an account isn't required to join a server, although it would be useful for privileges, etc. And it works in the web browser.

Like Skype, you can edit your messages and the functionality is free.

This is something I've been thinking about for a while now.

If T-Games makes Sapphire open source I can fork it and work on it myself because that's how open-source works most of the time.

Hello, and welcome to the forums, where you are stranded on a island desperately calling for help, or other information. We have a help section, but it's not for T-Games, it's for Wikia, more or less how to navigate any deserted island rather than just T-Games. The difference is that we may have dinosaurs. :3

If your computer (or router) explodes from doing something and you have intentions of believing it's on our side, you can annoy any of the admins until they log out or permaban you.

Check out the Fun and Games board if you'd like to see how magnets work and this section more or less for a reminder that admins can add unneeded topics to the index.

I liked when we posted about anything and anything and had all sorts of discussions, like on DD's blog posts.

I kinda want to do that again, but with discussion of girls (if there is any) taken down to a less creepy level, and also for it to be more organized.

Random stuff in here, ideas in some other place, etc.

I had to push Skyton ahead by almost a month, but don't even say that was expected of me though; even I knew putting Skyton's date at July was a really bad idea. The school year for me ends at very late June, but I have backup plans.

It seems like August is the only reasonable time for me to get a working product out, and it might have been the same for Bill. Every other time of the year I'm learning, so when it comes to being a teen developer, full-time development is impossible unless you're skipping, which I don't want to do. At least, not anymore.

Development will not be limited to the console; I'm planning it out on this program too, so when I go into LBP3, I know what I'll be doing.

This will hopefully make our communication a lot easier, and also serves as a general nice section to have on a wiki.

DD originally added it, then removed it (I don't know why, it contained the Help Desk among other stuff). 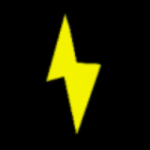 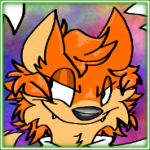 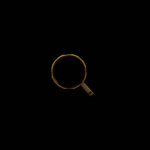 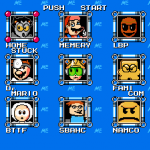